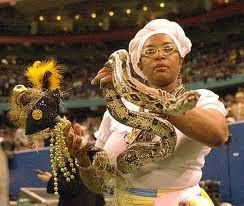 The sea islands  around Charleston have their own ebb and flow. From the many tidal creeks and marshes to the rhythm of life lived by the descendants of slaves who for generations were the sole inhabitants of  this secluded place. In this hallowed land of Angel Oaks and salt marshes the lines between truth, religion, belief, fantasy, fact and lore are often blurred and hidden from the sight of  any outsiders that happen to stray into their world.
Local voodoo called "Root" was brought here in the bellies of the first slave ships to reach Charleston. Africans inserted into this strange land were stripped of all possessions and forced into Christianity by their owners. As a way of remembering and handing down their homelands heritage, they began to incorporate many of  the elements from their native beliefs and practices into their new religion. Poultices, blessings, signs, and curses from many African tribes found there way to the South Carolina Lowcountry and over the years became inseparable from any single belief system.
Being from the city I had never heard of "Root" growing up nor had I ever heard the Gullah language that is spoken so beautifully on the islands around my famous home town. The first time I heard of our local brand of witchcraft I was only 17 years old and working my first real job on Seabrook Island. One of my fellow workers was a young girl who was in love with a local boy, but before he would marry her, she had to have a "test baby" to prove that she was fertile. Anna was a quiet young lady of 19 with startling grey eyes and an easy, graceful manner. She possessed a smile that would make any Hollywood starlet green with envy. A petite girl, she had been seeing her young man for 2 years and she glowed with the light reserved only for those deeply in love.
Boy babies are prized in the Gullah community and a man who has male offspring is instantly given status so often the women of the islands would go to great lengths to try to insure that they would have a boy child. To this extent Anna wore a poultice bag of herbs and magical tokens around her neck that were guaranteed to ensure a sons birth.Whether I believed in the power of the smelly concoction in the qui qui bag didn't matter; she did. Evidently the odor, while stifling, kept everyone else at bay, it didn't seem to have the same effect on her fiancee. Nine months later Anna  and her man had a baby boy, and a month after that she was wed.
A few years later I was taking an employee home to his house on Johns Island after a long hot workday. When we pulled into the driveway of the small 150 year old home, Clint as any good southerner will do invited me in to meet his family. As I entered the neat as a pin residence I noticed thousands of coins, from pennies to quarters covering the floor. Unlike the rest of the house, the floor was un-kept and dust covered. Next to the polished furniture and clean glass windows of the rest of the house, the crust covered floor definitely stood out. Clint's wife and kids were a mirror to his upbeat, intelligent personality and I enjoyed my visit with them, but I was expected home so I bid them goodnight and made my way to the door,feet crunching on the treasure trove of coins under my feet. 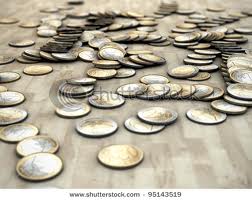 As I reached the door the thought of the myriad  of coins crossed my mind, so out of curiosity I bent to pick up a quarter. From behind me I heard a chorus of "STOP" and little shrieks of terror that chilled my heart and froze me in my tracks. Looking back I saw the fear and despair  in their eyes, so hands up palms toward them I turned around to ask what was up. The tale I was told was my second and strangest run In with "Root" ,,,,,Yet.
The story went that Clint's wife had and argument with the daughter of a local "Root Woman" or witch. After a six month running battle over the disagreement, they were awaken by a knock at the door at the witching hour,twelve midnight only to find the "Root Woman" standing on their porch. Without a sound the woman spit into her palms and threw two large handfuls of mixed coins past my host's and onto the floor, laughing she ran away, but never uttering a word. Seems the woman had cursed each coin with a different malady and any or all of them would come true if they were ever picked up off the floor. That was eight years ago and over time as the family would drop additional coins on the floor where they would be left in fear of picking up the wrong one and setting off whatever evil spell was contained by mistake.  The curse while terrifying to our subconscious actualy had a practical application. #1 The dirt and dust accumulated on the floors had to have negatively impacted the health of all of those who lived there. #2 Money lost to the floor was lost forever and even though it was just coins it still had  a negative financial  impact on a family living just above the poverty line. 3 The mental stress of believing in the curse and living around the tokens of that curse must have been a strain. Seeing on a daily basis the objects that were designed to bring you doom, must have been akin to walking around with a loaded gun at your head. Clint moved his family 2 years later and never went back to the house that had been passed down  to him for three generations. As far as I know they never touched a coin. 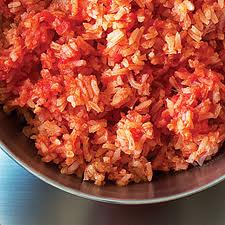 One summer I had a crew of 15 guys working for me that all grew up and went to school together on the islands. It was one of the best groups I ever had work for me. They seemed to anticipate each other, and soon we all fell into a work rhythm  that summer. Twelve hours a day we laughed,sweat, ate and bled together to the seasons music. Simple, hard, hot, and unforgettable.
Kiawah in those days had a cafeteria that served mainly leftovers from the restaurants or Mingo Point (The almost every night barbecue and square dance just outside the security gate). Ribs,Chicken,Potato Salad, Red Rice, Hush Puppies,,,,and more. Good eats at a good price or so I thought.
One day while feasting on barbecued chicken I noticed that none of the guys were eating the red rice. Curious I asked if no one liked it and in unison they all shot me looks ranging from amusement to bordering on fright. Dumbfounded I pressed for more information and after twenty minutes or so, I was given an  explanation that left me wordless and more than a little ill. I don't know if what they told me was true, but if they believed it, that meant that the women casting the spells believed it, so it could be true. Anyway be forewarned.
My guys, one at a time and sometimes in unison told me a tale of deceit, treachery and what can only be described as desperation. They said that local girls who wanted to enact what amounted to a love potion, and conquer a mans heart used a potion that included their, how can I say it nicely,,,,,,Monthly Discharge....I know,,,EEEEwwwww! They would use some medium, soup, sauces, spaghetti, bloody mary's, anything tomato based, to slip this most personal potion to the man or men they were interested in controlling. Hence the red rice.
This was my third and certainly most personal contact with "Root". What I do know is that I had eaten the red rice for months and that I was engaged to marry a woman I couldn't stand. It wasn't until I had to move to Florida to go to college five years later that I came to my senses and got a divorce,,,,coincidence? Was it the distance from "Root" or that overwhelming urge to strangle her on a daily basis  that finally broke the spell? I don't know. What I do know is that I have never looked at a tomato the same way and I always cook the red rice.
"Root" was around long before we arrived on the planet and I have no doubt it will be part of my great great grand kids vocabulary one hundred years from now. Part science, part witchcraft, it's carved out it's own niche in fabric of our fare city. People who believe, swear by it, while others scoff at the mere idea of anything unseen in this world. I don't know where I stand or what I believe, exactly. I do know that it's always wise to be wary and to keep an open mind about things you know little of, but mostly one should always be respectful of other peoples beliefs. Mark Twain once said, "Nothings more powerful than what you don't know".  I'm reminded of that every time I see someone wearing a lucky medallion around their neck, or stoop to pick up a heads up coin and especially every time I see a plate of red rice.
Posted by Unknown at 1:03 PM 16 comments: