Stories From The Carolina Coast: And On The 8th Day God Made Sweet Tea

Stories From The Carolina Coast: And On The 8th Day God Made Sweet Tea: Is there anything more southern than sweet tea? This house wine of the south is served to guest from trailer parks to the governors ma...
Posted by Unknown at 12:22 PM No comments: 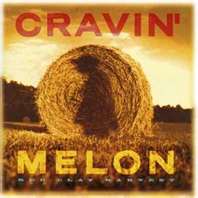 Stories From The Carolina Coast: Spices Of The Gods: And Fish,Chicken & Steak Too o...

Stories From The Carolina Coast: Spices Of The Gods: And Fish,Chicken & Steak Too o...: I had the honor to spend a few years in and around New Orleans, pronounced "Nawlins" by the way, in the late 80's early 90's. I ...
Posted by Unknown at 10:09 PM No comments:

Spices Of The Gods: And Fish,Chicken & Steak Too or My Mouths on Fire But I Can't Stop Eating 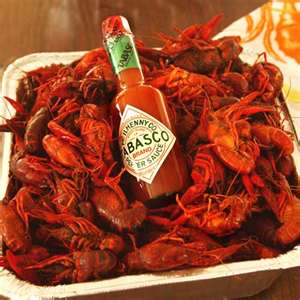 I had the honor to spend a few years in and around New Orleans,  pronounced "Nawlins" by the way,  in the late 80's early 90's. I came away with a great admiration for the area, the culture and especially the food. I was taught how to eat Mud Bugs by a young Tulane student. She showed me how break the  tail from the body of the Crawfish and then "Suck the Head" before eating the mini-lobster meat hiding in the tail. We attacked the 3 foot high pile of crustaceans along with 200 of our newest Mardi Gras friends as we waited for the Crew Of Wrecks Parade to begin its winding journey, through the streets of the Crescent City. Covered in Crawfish Juice and Dixie Beer I had the Time of my  life as I savored every sight,  sound and smell  during my first festival and what and education I got that night.
Being from the South and the Lowcountry I am no stranger to great Southern Cuisine. Fried chicken, barbecue (Mustard Sauce , Maurice Bessingers of course), rutabagas, collards, and  shrimp and grits are preached  in the kitchens of homes in Charleston and embedded in our collective psyche  from the time were born  as much as saying m'am or sir or holding the door for a lady.
One of the main differences between Cajun food and the rest of the south is the heat to which it is served. Now I'm not talking about temperature of the food as measured by a thermometer , but rather the quantity of pepper, tabasco sauce, or cayenne used in just about every dish, even the sweet tea seems to have a little kick.  I learned over time not only to like,  but grew to love and crave whats been called the cajun trinity, of garlic, onion and cayenne pepper. To the point where I have put hot sauce on potato salad.
Like the smugglers who brought back the first silk worms from China, or tobacco from the new world I managed to spirit away the recipe for what could be the very touchstone of cajun cooking, Blackened Seasoning. This is not for the faint of heart or those who think paprika is too spicy. My first encounter  with this ethereal concoction  was at K-Pauls when I ordered Blackened Redfish (Spot Tail Bass) and I immediately fell prostrate and  gave myself heart and soul to its worship. While the seasoning gained fame on fish it is equally as good on beef and especially chicken. Now tempting the fates and risking reprisal from the cajun food police, I am now going to pass along this well guarded secret of the Creole Coast.
Real Blacken Seasoning
First you need an 8 ounce container with holes in the lid big enough to shake oregano through.

HOW TO USE:  Lightly coat meat with olive oil then cover,,,I mean COVER  with seasoning until you can't see the color of the food.  Cook,,,,,Grill, Hot Cast Iron Frying Pan, Bake In Oven. It doesn't matter it's all good. Great with New Potatoes, Red Rice, You name it.